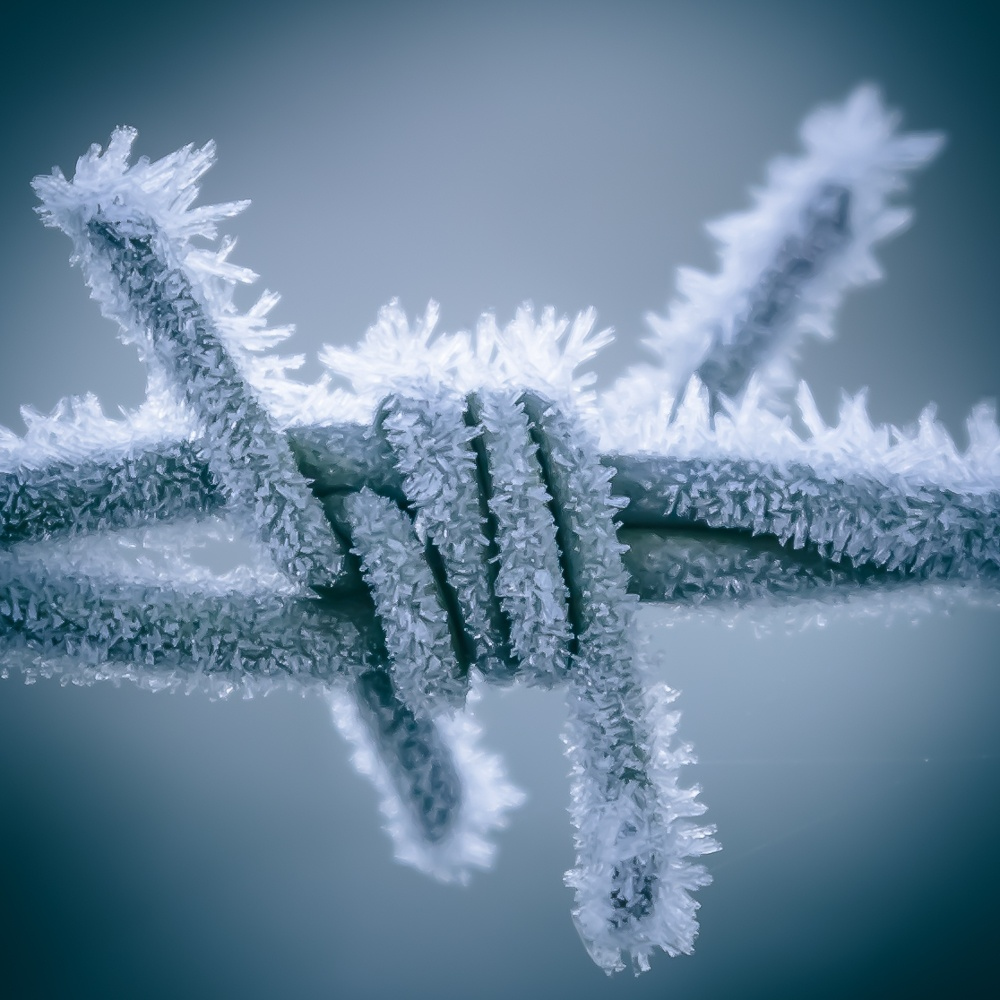 I’ve written previously about Nathan Gerth and the work he is doing at the Carl Albert Center, which houses a congressional archive. Nathan continues to really push me on thinking about how institutions can utilize web infrastructure. His OU Create projects like CAC Rockets and PIPC Votes are some of the best non-traditional (read: non-Wordpress) ways I’ve seen the platform used. PIPC Votes is a site that scrapes House of Representatives voting record sites and makes the data freely available:

This newest version now scrapes information from the Clerk of the House nightly and codes the “vote type” (e.g. amendment, final passage, moving the previous question) variable using a python script rather than relying on the judgment of individual coders

And his passion for digital curation is infectious. Lately, I’ve been thinking more about domains as an opportunity to not just be an artifact of learning in the way a digital badge tells you learning “happened.” I see so much benefit of thinking beyond their use as a portfolio of final work. Rather, I’ve been thinking about them as a continuously evolving artifact of the learning process. And it’s through this process of media making that students build toward a digital identity. Domains are not static, literally (mostly) or figuratively, thus they can manifest themselves very differently across a student’s tenure. I witness students change navigation, look and feel, writing style, etc. based off of how and where it’s being applied. A student might use it for a class in a very specific way, dip out of that voice for personal use, and then maybe dip into an entirely new voice for another class. It might evolve into separate spaces or applications that serve different needs. Some of my favorite work of my personal students leave the web as they leave the institution. Sometimes to be replaced by a more stripped down landing page or just permanently removed. However it may happen, these moments and the spaces in between can be like little snapshots taken at a moment in time.

So this has me thinking about how we can begin to capture these evolutions that take place. My first thought is Wayback Machine, the world’s gift to web nostaglia, which allows you to time travel through a domain and many people are already familiar with: 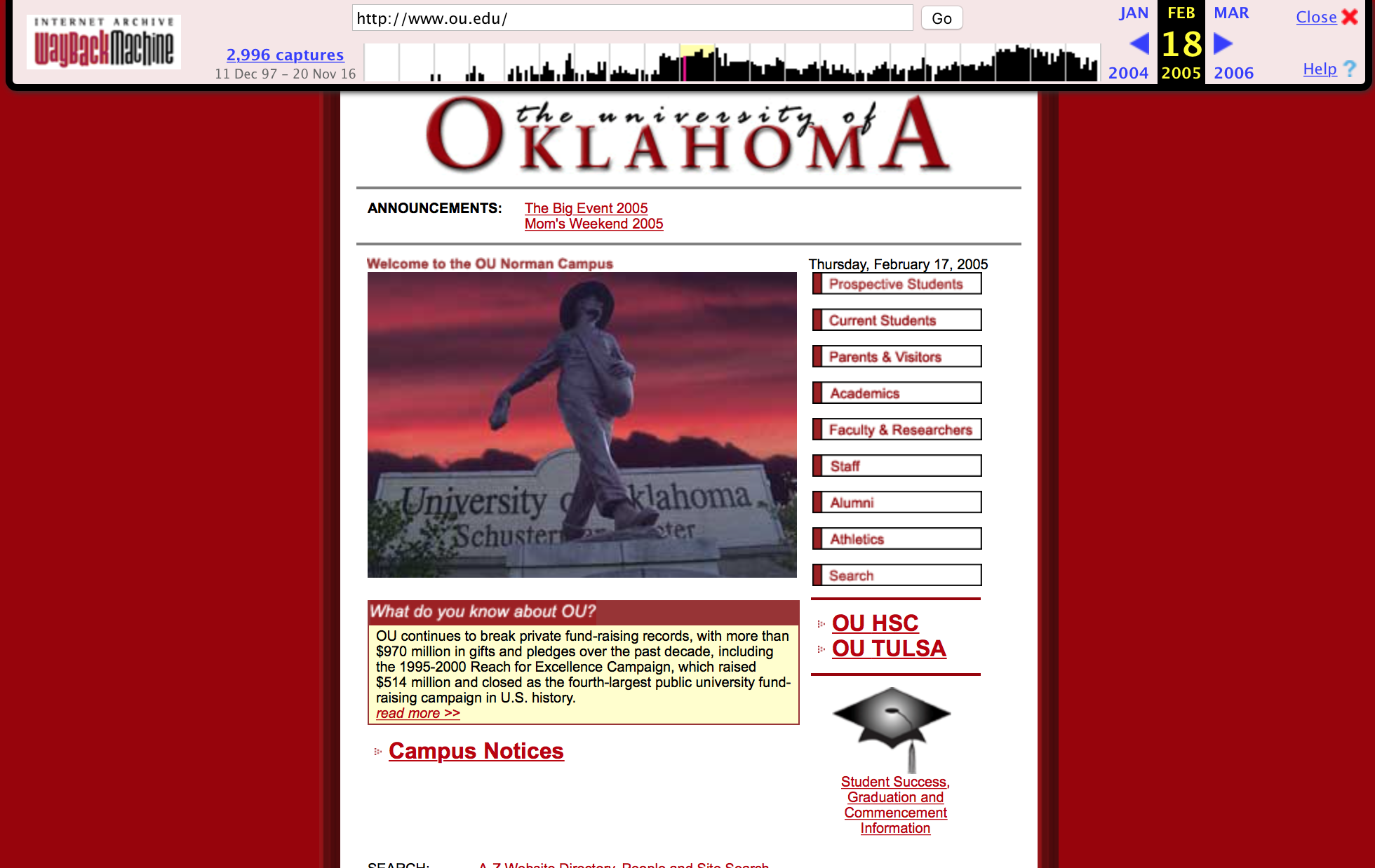 I wrote in September about meeting with Middlebury’s Special Collections folks and hearing about how they are using archive.org’s service Archive-It to archive student work. This led to me having a discussion with our David Corbly, Director of Repository Services, of OU Libraries who runs OU’s own Archive-It solution. It seems to me that this is a good start but potentially unable to fulfill the large need of archiving as many sites as we have on OU Create (Archive-It is rather expensive for what it offers).

So I came back to Nathan to think through exploring other options and he came up with an idea that is very, very captivating. He is teaching a Digital Curation course in the Spring in our School of Library and Information Studies and is planning on having the students in the course prototype multiple techniques for doing this work both on the front-end side (scraping like Archive-It) as well as some back-end work with non-OU Create data.

Another great idea Nathan had was to have the students also propose strategies that OU could take in better preserving university web. It reminded me of a story when I was doing marketing work on the OU Research Campus and part of it was exploring the history of the campus. It was a naval base for a few years during WWII and was trasnferred back to the university afterwards. 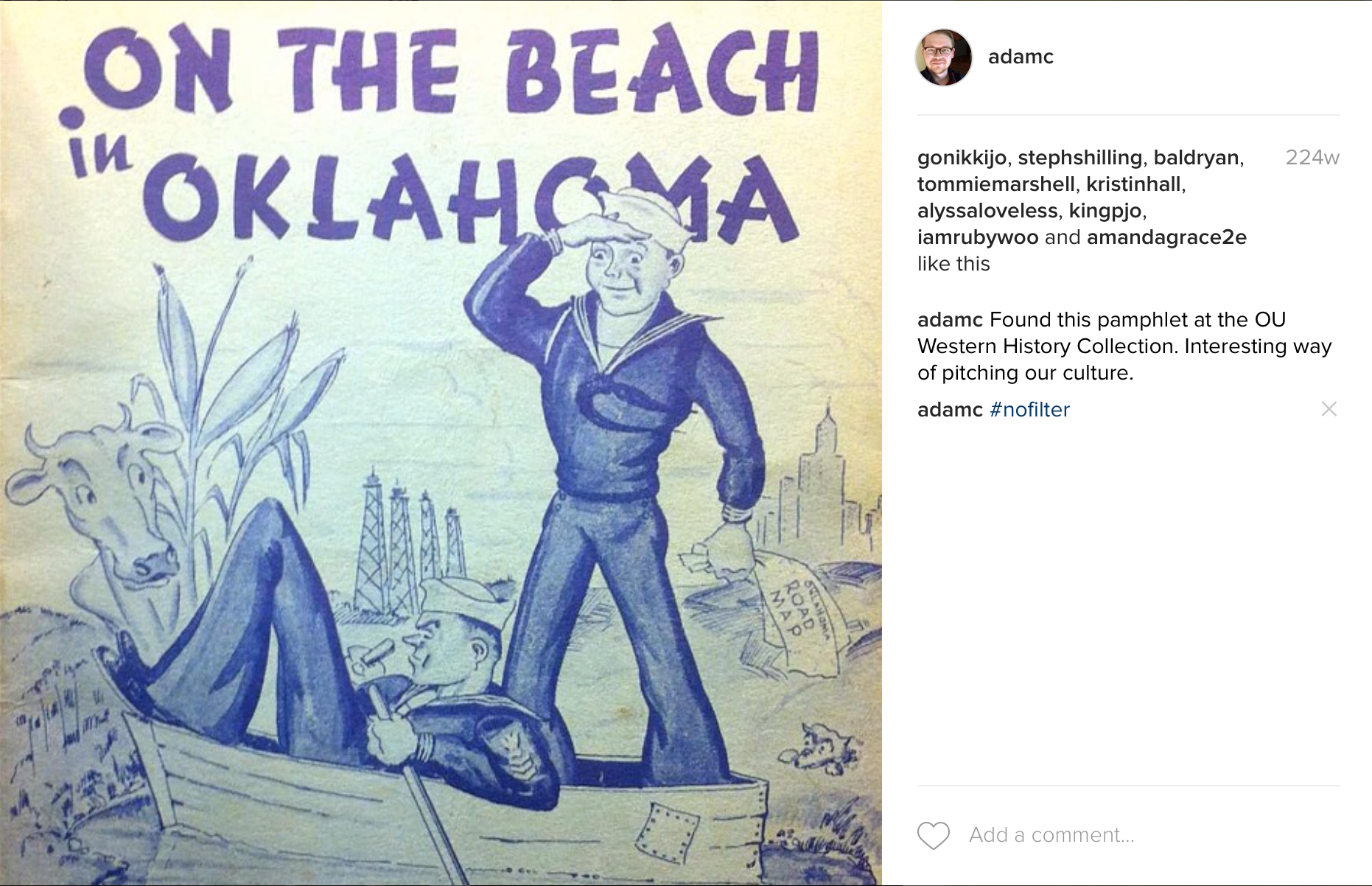 What was fascinating to me was that I could read through boxes of meeting notes and historical records of the campus. The story of the campus had been preserved quite well. Nathan mentioned how much of that type of information such as university processes and forms are getting transferred to the digital space. Universities sometimes have university archivists, but we unfortunately don’t have a dedicated office (though the bulk of it is done quite well through goodfolks in our Western History Collection) . So building the foundation of a digital archiving strategy could be very productive of the institution by making these historical records more accessible. Part of that strategy would likely include recommendations towards some more complex questions about archiving such as what is inevitably publicly accessible. I am also fully aware that this can’t be a project that I, nor any one person, could conceivably support long term, so the idea of proposing some broader recommendation is very appealing.

But I look at how we are thinking about using the classroom as a space for testing potential endeavors and I can’t think of many better learning environments. Students are learning through the process of attempting to capture learning. It really is a beautiful thing. This is what gets me up every day. Its the reason teams like ours exist.

I hope I’m doing justice to Nathan’s vision. The archiving space and its complexities are spaces I’m just beginning to understand (and probably poorly… apologies to all digital archivists if this post reads a dumbdowning of your work! Give the new guy a break!

). I’m just grateful to find someone who is equally interested in preserving the bits and bytes of the web. Neither of us are making promises that any of this will work but I can vouche that I’m personally eager to explore. 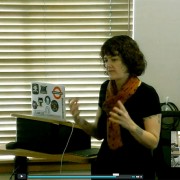 On October 21, 2016, Audrey Watters gave a talk on the Monterey, CA campus, entitled, “Attending to the Digital / Reclaiming the Web,” as part of the launch of MiddCreate. View the entire recorded presentation below.

“Attending to the Digital / Reclaiming the Web,” by Audrey Watters